Computer applications are developed using programming languages designed for that purpose. Similarly, cloud programming requires data-oriented languages instead of general-purpose ones in order to yield the best results.

Don’t continue reading without first taking a look at this post: “Programming Languages: Types and Features”

Here is a compilation of the top 5 cloud programming languages along with their characteristics and advantages. Discover the best tools for developing cloud computing products through this article.

Cloud computing is the provision of computing services such as servers, storage, databases, networks, software, analysis, intelligence, and more, over the Internet to deliver faster innovation, flexible resources, and economies of scale.

The following programming languages will help you stand out in the field of cloud programming:

Java is not only a general-purpose programming language but also a prevalent cloud computing language. Its popularity among developers is overwhelming; it is used by more than 10 million programmers and executed on more than 15 billion terminals worldwide.

The versatility of Java allows it to be used in the design of applications for Android, desktop computers, websites, and games. This makes it suitable for almost any programming task.

These are the main advantages of Java:

The ability to run the same program on many different systems makes Java run smoothly in cloud computing environments. Due to its robustness, ease of use, multi-platform capabilities, and security features, it occupies a privileged position among programmers who design Internet solutions.

-Find out more: Programming languages you should learn in 2022-

ASP.NET is a web-application framework and developer platform designed by Microsoft to create websites and web applications with many functions. It builds upon the existing capabilities of the .NET platform also developed by Microsoft. Whilst .NET encapsulates a collection of libraries, tools, and programming languages (particularly C#, F#, and Visual Basic, making it language-independent), ASP.NET adds the following features:

ASP.NET is characterised by its high-end solutions to common web development problems, offering features such as the creation of dynamic web pages that can be viewed in different browsers. This web framework is open-source and allows the design of reliable and reusable applications, making it a popular and relatively easy option to use. Some of its benefits are:

PHP is a programming language widely used for web development and cloud computing because it is easy to learn and manipulate. Therefore, it is popularly implemented while automating websites and other similar applications.

This language can run on UNIX and Windows servers and has a powerful output buffer. Its dynamism stands out when designing applications with dynamic elements.

PHP works with a large number of database management systems, so it runs on the most popular web servers and is available for many different operating systems. It is a completely object-oriented language and helps to build large and complex web applications.

Here are some advantages of PHP that will convince you to learn it:

Python stands out as a high-level language created to be readable without difficulties, enabling beginners to start programming with it very quickly. In over 30 years of its existence, it has remained among the preferred languages of software engineers.

It is an attractive programming language that supports development possibilities in various fields, thanks to elements that simplify the creation of web applications, APIs, academic programs, and data science initiatives.

Python combines several features that improves programming, such as:

It is implemented in the following fields and more:

Learning Python ensures the possibility of getting a job for a long time, as it has a significant impact as a cloud programming language.

Ruby is an ideal cloud computing programming language for beginners because it is easy to use and to master. It also offers significant benefits due to its huge ecosystem.

Mastering Ruby opens many possibilities in the field of cloud computing because this language has abundant resources to develop different applications, with more than 60,000 libraries and frameworks to choose from. In addition, an active community of developers help in the event of problems with the language.

The positive attributes of Ruby are:

Cloud programming continues to expand in this technology-driven world. New languages have emerged in addition to traditional ones, offering great advantages for the design and execution of different applications. One such application is the integration of your business systems; a potential solution lies with the programming language Ballerina WSO2 for the cloud. To implement this revolutionary programming language, a savvy and trustworthy technology partner is all you need.

Contact us and get started on Ballerina as soon as possible, you’ll love it!

Want to implement integrated business systems in a simple and secure way? With the WSO2 suite, it's easy.

Discover how one of the most prestigious companies in the automotive industry achieved this goal. Your company could be next! 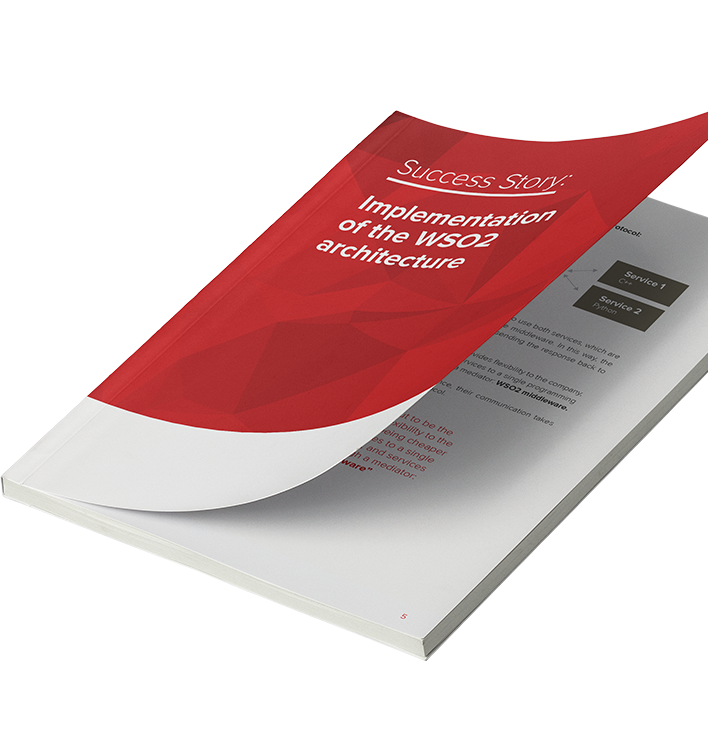 What is Serverless computing?

How to monetize in the cloud via the API Cloud?