Just a few months ago, WSO2 released the latest version of Ballerina, the modern programming language that offers a wide array of tools to boost productivity in web development.

What is WSO2 Ballerina?

Most current-day programming languages include libraries that allow for the management of performance, structured data, errors or failures, multiple cores, and other tasks that, thanks to Ballerina, can be executed directly from the computer language, reducing failures in cloud distributed environments.

WSO2 Ballerina is a cloud-native programming language specialized on integration, which includes the best practices in web programming, microservices and DevOps and Agile-oriented development.

All the new features of Ballerina 1.2.0

The new version of Ballerina 1.2.0 is the most important of 2020, given that it includes a set of valuable improvements and features for the users in regard to runtime, the library and tools so that the developers can have a fluid and practical experience when writing integration code.

Below you will find the most important among them:

In addition to all of these major features and improvements, errors and issues related to language specifications in the compiler, as well as in the runtime, have been addressed and resolved.

As for the language, the language implementation is based on stable language specification version 200R1, whose implementation includes a set of functionalities that make integration even easier for the user, in addition to being renewed and improved in relation to the resolution of critical situations of past versions of Ballerina.

The new version of WSO2 Ballerina sets the stage for the generation of an even richer set of characteristics and functionalities aimed at simplifying integration scenarios –which are so widespread nowadays– and making them more efficient.

To know the specifics and details about each of the new features and characteristics of version 1.2.0 of Ballerina, get in touch with us and we will answer all of your questions. 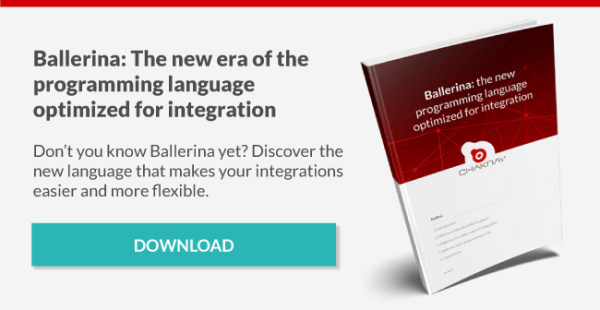